Archetheya Part 6: The Underground History of Mankind Part 1: The War Between the Light Occultists and the Dark Occultists Begins 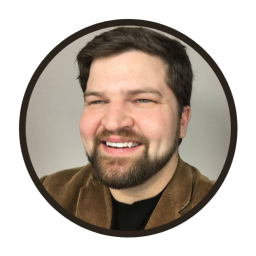 Hello and welcome to part 6 of the what is the Archetheya series.

With the downfall of Alexandria the serpents of wisdom fled to various parts of the world.

However, the serpent wisdom were far from dead and survived in many different underground groups.

So one notable group of the serpents of wisdom was the Knights Templar.

The Knights Templar started out originally as a group of Christian knights who would guard Christian travelers from Europe to the holy land of Palestine.

It is believed by many that the other purpose of the Templars was to guard and keep track of what was called the “la serpent rouge”, an ancient bloodline that came from Jesus and Mary Magdalene.

This bloodline would later come to be serpents of wisdom that would rule over people in France called the Merovingians.

In Palestine the Templars came across a group of serpents of wisdom known as the Sufis, which were great masters in the middle east region.

From the Sufis the Templars learned of their great knowledge and wisdom and brought it back with them to Europe where the knowledge of mystical inner union would flourish.

The Knights Templar had a vision of uniting all of the serpents of wisdom around the world to ultimately produce a new world of enlightenment for all.

When spreading their teachings throughout Europe, they gathered many wealthy students and eventually the Templars became one of the wealthiest and most powerful groups of serpents of wisdom in the world.

The dark occult would strike again through the catholic church against these serpents of wisdom in an attempt to prevent their knowledge from spreading, as well as to do something about the amount of material wealth that the Templars had gained.

So, the dark occult in the form of the catholic church together with King Philip the fair of France decided to make the Templars heretics and criminals and they moved on the Templars in the inquisition to stamp them out and to take their wealth at the same time.

Many Templars perished, were tortured or put into prison, and those that fled would continue their teachings and quest to bring enlightenment to the world through the brotherhood that is known today as Freemasonry.

Following the lead of the Templars, many other Europeans sought out alchemical wisdom from the Sufis and traveled to study with them.  They brought back much knowledge and wisdom, knowledge of which would culminate in one of the most elite mystical groups in Europe known as the Rosicrucians.

The Freemasons and the Rosicrucians were very similar as much of their knowledge was the same and came from the Knights Templar as well as the Sufis.

This of course was fundamentally alchemical knowledge and wisdom that taught adepts how to unite the polarities within themselves and to thereby transmute their base human consciousness into divine consciousness and merge with the infinite spirit as serpents of wisdom.

Not only was it the dream of the serpents of wisdom in the form of the masons and the rosicrucians to bring enlightenment to the world, but they wanted to do something about the dark occultists that had created the warped version of Christ’s teachings in Christianity and Roman Catholicism.

As one could imagine this did not go over well with the Christian church and so a plan was hatched by the serpents of wisdom to wrestle power from the dark occult and it’s hold over Europe through the catholic church by starting what would become known as the protestant reformation.

Martin Luther, a Rosicrucian himself, led the reformation and effectively split Christiandom into two major groups:  the catholics and the protestants.  The protestants were now closer to the true teachings of Christ and to the teachings of the serpents of wisdom from the masons and the rosicrucians.

The period of the reformation effectively took place between 1517 and 1648 A.D.  During this time period two major events happened that would shape the relationship of the light occultists and the dark occultists moving forward.

The other major thing that happened was in the catholic church.

This order would become the military hand of the catholic church and the Vatican and is known as the Jesuit Order.

The Jesuit order was founded in 1534 and its head was one known as St. Ignatius Loyola.

The mission of the Jesuits, like their counterparts via the knights Templar, the freemasons, the rosicrucians and other organizations of the serpents of wisdom, was to take back the power they had lost over Europe as a result of the protestant reformation.

They would do this by waging war on the protestants and the serpents of wisdom in a more secret capacity, and to ultimately expand their sphere of influence over the entire world.

The war between the light occultists and the dark occultists really escalated at this point.

The dark occult in large part through the agency of the Jesuit order would infiltrate various secret societies and religions and manipulate or pervert the teachings in an attempt to stamp the teachings out, muddy the teachings so no one trusted them anymore, or in some cases to take over their influence entirely.

This is why today many believe that organizations such as the masons, the rosicrucians, the illuminati etc are evil and of the dark occult.

Unfortunately they believe this because of the work of the dark occult through religion and infiltration of secret societies.

In the next part of the series, we will conclude the journey through our ancient and underground history as viewed from an occult point of view with the race between the light occultists and the dark occultists for a new global order.